Glycine has a calming effect on the brain – it helps you wind down and prepare for sleep – its role as an inhibitory neurotransmitter has been unfolding over many years of ongoing research efforts. Easily one of the most versatile amino acids, glycine serves as a building block to proteins (collagen, the most abundant protein in our body, is one-third glycine), and is heavily utilized for the production of heme, DNA and RNA synthesis, glutathione formation, and for enriching the body’s capacity for methylation reactions [1] [2]. Sleep Problems People need sleep. It is our basic human need. Too many of us experience sleep problems. Laying there restless, counting sheep, watching the hostile glow of the green numbers, fearing the absence of sleep – this dreaded scenario of sleep-deprived desperation is all too familiar. Needless to say, sleep issues have become a pervasive health problem, and research shows that lack of sleep affects everything from mental competence to increased risk of chronic diseases and cancer.

When human volunteers who have continuously experienced unsatisfactory sleep were given 3 g glycine before bedtime, their sleep improved [3]. Using polysomnography, a type of diagnostic tool in sleep studies, glycine was shown to shorten the amount of time to fall asleep and stabilize sleep state, with no alterations in sleep architecture, unlike with traditional hypnotic drugs. Glycine promoted normal nocturnal sleep cycles, from deeper to shallower with very few interruptions.

So what is it about this tiny amino acid that could be so powerful in contributing to regulating such a complex process as sleep? First of all, glycine taken orally has easy access to the brain – it readily crosses the blood brain barrier via glycine transporters [4].Once in the brain, glycine targets glutamate NMDA receptors in the suprachiasmatic nucleus (SCN) – the 24-hour biological clock in the central nervous system that controls when we want to be asleep and awake. By modulating NMDA receptors in the SCN, glycine induces vasodilation throughout the body to promote lowering of core body temperature [5]. Sleep and body temperature are intertwined – in its circadian oscillation, body temperature decreases before the onset of sleep and continues to decrease throughout the night, reaching its nadir about 2 hours after sleep onset, and gradually rising as a person wakes [6]. Temperature is just one of many 24-hour rhythms our bodies experience throughout the day and as nighttime approaches – the drop is important for initiating sleep. Glycine’s effect on thermoregulation is similar to that of common prescription sleep medications that also work by reducing core body temperature to promote sleep [7] [8].

Additional mechanisms that glycine may rely on to promote sleep include inhibiting orexin neurons – the “wakefulness” neurons (the absence of which is implied in narcolepsy) [9]. However, more research is needed to fully elucidate this process.

Here’s the exciting part – unlike many sleep aids out there, nutraceutical or pharmaceutical, that promote sleep and leave you groggy the next day, glycine actually corrects feelings of fatigue and sleepiness during the day [10]. Sleep-restricted volunteers receiving glycine, after waking, showed improved reaction times in in the psychomotor vigilance test compared to the placebo group and reported feeling refreshed.

Glycine was found to contribute to yet another circadian process – stimulating the expression of arginine vasopressin – a neuropeptide produced in the SCN. Animal studies show that the expression levels of arginine vasopressin were increased during the day in the glycine treatment group [10]. Arginine vasopressin serves as an output signal of the hypothalamic biological clock, an important modulator of circadian processes involving the hypothalamic-pituitary-adrenal (HPA) and hypothalamic-pituitary-gonadal (HPG) axes and the autonomic nervous system [11]. Specifically to the HPA axis, arginine vasopressin synergizes signaling with corticotropin releasing hormone (CRH) to facilitate the release of adrenocorticotropic hormone (ACTH) to ultimately trigger the production of cortisol from the adrenal glands, thus contributing to the state of wakefulness [12]. Sleep isn’t just a time to rest. It’s an active process of cleaning out toxins and repairing brain cells damaged by free radicals [13]. Think about sleep as a form of neural sanitization – during sleep, waste products of brain metabolic processes are removed from the tiny spaces between brain cells where they can accumulate [14]. Sleep, therefore, is a kind of a power cleanse that restores and rejuvenates our brain for optimal function [15]. Considering glycine’s prominent role in detoxifications processes, as future research studies unfold, it would be exciting to see what additional processes glycine helps regulate to support a healthy brain.

Sleep in Elite Athletes and Nutritional Interventions to Enhance sleep

BOTANICALS FOR A BETTER SLEEP 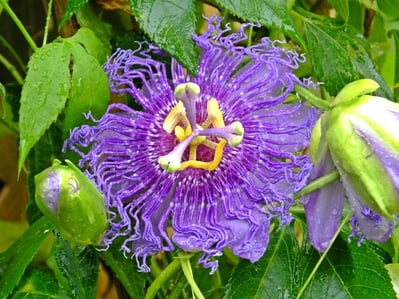 Imagine waking up fully rested, ready to tackle any challenge and embrace all the pleasures of the world with gratitude. We all know what a good night’s sleep feels like, but how often do we get it? In this hectic, hyper-stimulated, nerve-wracking world, it is challenging to create a sleep routine that our bodies and brains need to function optimally. Good sleep hygiene and use of natural herbs and botanicals can help promote a healthy amount of sleep. The result could mean an improvement in problem solving and work performance, weight management, and prevention of chronic disease such as diabetes, depression and cardiovascular disease. There are multitudes of products and advice in this arena of sleep. An article from 2016 suggested Americans spent over $41 billion on sleep remedies, with an expected increase to upwards of $52 billion by the year 2020. How much sleep do we really need? As you might expect, children require more sleep than adults. The average child needs up to 11 hours of sleep per night, while most adults should get 7-8 hours. According to the Center for Disease Control, the average American gets 6.8 hours. Collectively, we’re not reaching the minimal sleep requirement of 7 hours, and sleep deprivation represents one of the top behaviors deleteriously affecting our overall health. Many factors contribute to this deficit: work schedules, family obligations, and chronic illness or behavioral issues. In most of these cases, our circadian rhythms are completely out of whack. What are some natural remedies or botanicals to help promote sleep? The regulatory body internationally recognized for its comprehensive data on medicinal herbs, the German Commission E, recommends common botanicals (valerian, lavender, lemon balm, and hops) to help support relaxation and promote sleep. There are other popular choices that have sedative qualities, such as passion flower, chamomile, and kava kava. Most of these relaxant botanicals can be found commonly in teas, but they are also available in supplement form. Almost always found in blends, these herbs all have various mechanisms of action, and, therefore, act synergistically when combined. Valerian (Valeriana officinalis) affects sleep by interacting with neurotransmitters GABA, adenosine and serotonin. A two-week randomized controlled trial study comparing the common sleep aid zolpidem (Ambien) with a blend of valerian, passion flower and hops found no statistically significant difference in overall sleep quality. The root or rhizome of this plant is used in either teas or processed into an extract for use in supplements. The extract is standardized to its valerenic acid content, usually containing 0.3-0.8% of the constituent. Doses in supplements are typically 150-600 mg. Use of valerian generally requires about 2 weeks before it appears effective, but studies have been limited to 4-6 weeks, so use beyond that time frame should be approached with caution. Lavender (Lavandula angustifolia) is an extremely popular floral herb found in essential oil form, teas, extracts and in other botanical blends to promote relaxation and relieve stress. Recent research has identified it functions by antagonizing NMDA-receptors and serotonin transporters.  Doses of 80 mg per day lavender in gel cap form for up to 10 weeks have been used in a study where subjects had unspecified anxiety. Both quality and duration of sleep improved in those participants with no sedative side-effects as found in pharmaceutical sleep remedies. Other uses of lavender include 1-2 teaspoons in hot water as a tea daily, or its essential oil diluted in a carrier oil used for massage or in a warm bath. Lavender is generally safe, however it has been known to be toxic if ingested orally. Lemon balm (Melissa officinalis) has ancient roots as an antiviral and stomach-calming agent as well as a treatment for sleep disorders caused by nervousness or tension. Studies have shown the mechanism of action of lemon balm may be related to interactions with GABA-A receptors. Hops (Humulus lupulus), besides having a super fun Latin name and serving as the main ingredient in many beers, is one of the herbs commonly found blended in teas or supplements to produce a calming effect. Researchers have not completely elucidated exactly how hops produces this effect, but it has been shown to bind to serotonin and melatonin receptors. Valerian-hops combination products have been the most widely studied in placebo-controlled, double-blind randomized controlled trials comparing them to benzodiazepine-class sleep medications with varying results. Like lemon balm, evidence for its use as an herbal treatment for relaxation or insomnia has a rich history in tradition. Passionflower (Passiflora incarnata) is another botanical used to address anxiety and insomnia. Researchers have found passionflower functions by increasing levels of GABA, producing a relaxation effect. In a Japanese study from 2017, scientists found passionflower extract modulated the levels of the neurotransmitters and the genetic expression of the related enzymes in vivo and in vitro. This resulted in positive effects on circadian rhythms. Sleep Hygiene Tips Dr. Michael Polsky, a board-certified sleep physician, recommends considering sleep hygiene for improving sleep. Sleep hygiene is a term used to describe how we prepare our minds and bodies for sleep, beginning hours before actual anticipated sleep. In fact, the window of 2-3 hours prior to sleeping turns out to be quite important. Here are some tips for keeping good sleep hygiene:

Applications for α-lactalbumin in human nutrition

α-Lactalbumin is a whey protein that constitutes approximately 22% of the proteins in human milk and approximately 3.5% of those in bovine milk. Within the mammary gland, α-lactalbumin plays a central role in milk production as part of the lactose synthase complex required for lactose formation, which drives milk volume. It is an important source of bioactive peptides and essential amino acids, including tryptophan, lysine, branched-chain amino acids, and sulfur-containing amino acids, all of which are crucial for infant nutrition. α-Lactalbumin contributes to infant development, and the commercial availability of α-lactalbumin allows infant formulas to be reformulated to have a reduced protein content. Likewise, because of its physical characteristics, which include water solubility and heat stability, α-lactalbumin has the potential to be added to food products as a supplemental protein. It also has potential as a nutritional supplement to support neurological function and sleep in adults, owing to its unique tryptophan content. Other components of α-lactalbumin that may have usefulness in nutritional supplements include the branched-chain amino acid leucine, which promotes protein accretion in skeletal muscle, and bioactive peptides, which possess prebiotic and antibacterial properties.

Sleep Facilitates Clearance of Metabolites from the Brain b